HOW TO PRACTICE SPANISH IN YOUR SHARED ACCOMMODATON

It’s often said that the best way to learn a language properly, is to live in a country where it’s spoken – and Spanish is no exception. Moving to a new country can always be intimidating; add a new language and potentially living with people you don’t know and it can seem overwhelming!

However, there are many activities you can do to break the ice between you and your flatmates and also get a jiffy on with your Spanish. Living in Madrid, the heart of traditional Castilian Spanish, is a massive opportunity and adventure! Here we’ll take you through things you can do, whether you’re in shared accommodation with international students or a home-stay. 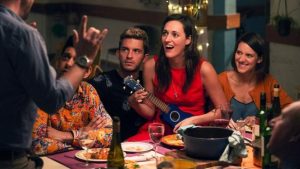 As anyone who’s spent 5 minutes in Madrid will be able to tell you, eating together and drinking together is a big part of Spanish Culture. To break the ice in your flat, you can prepare a typical Spanish meal together (think Paella and white wine), and make the commitment to talk in Spanish as much as possible while preparing and dining! It makes for a great way to get to know your flat mates in the comfort of your own flat.

Taking dining together but shaking it up a little bit, another way of practicing Spanish with your flat mates is going out on activities where you’re forced to speak and understand Spanish.  Despite Covid-19 restrictions, the city of Madrid is booming with activity: from pub quizzes, local markets and wine tastings to dance classes, guided tours and sports. Exploring areas of Madrid that are not particularly touristic will give you a glimpse of the real Madrid and you’ll more than likely have to speak Spanish, as people won’t be so used to encountering tourists. A win-win!

While this one applies more to those who are studying in Madrid, one way to practice Spanish is to form study groups within your flat. Even if your flat mates aren’t studying the same course as you, something that always helps me is teaching my subject to someone else! Studying and hearing about all sorts of topics in Spanish is an opportunity to massively expand your Spanish vocab, as well as subtly brag about being so well learned ;). 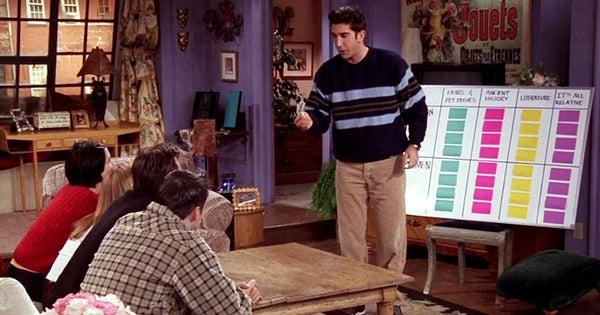 For those quiet, lazy days or for those pre-gaming nights, you and your flat mates can download or buy board games in Spanish. From Classics such as Monopoly to the more modern Never Have I Ever (“Yo Nunca…” in Spanish), trivia games are amazing at making learning almost effortless, even though you’re taking in masses of vocab and putting sentences together. Repeating certain phrases like “Yo Nunca…” will cement them in your mind, making them super easy to remember and use in daily life. Also, there is no harm if you don’t completely understand – makes for an even funnier game! 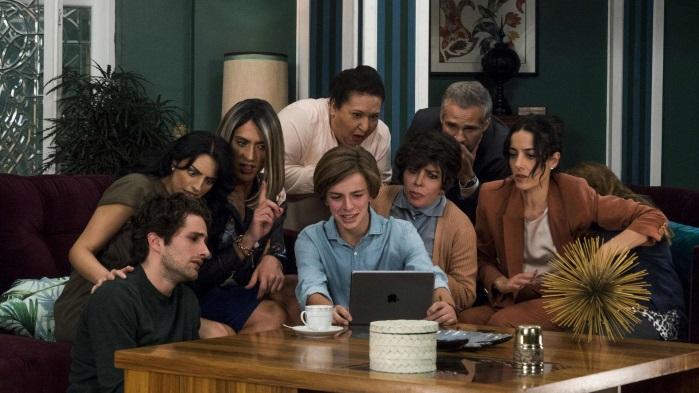 Now, one for those truly lazy days and nights: organize a movie night together with your flat mates! Thanks to Netflix, there are thousands of Spanish-language comedies, thrillers and telenovelas (typically Latin American soap operas, known for being laughably dramatic with almost unrealistic plots) at the touch of your fingertips. Pull a series or movie name out of a hat, stick the subtitles on* and get the popcorn ready! My personal recommendations include: Casa de Papel, Alta Mar, La Casa de las Flores, Siempre Soy Bruja and ¡Nailed It! Mexico.

*If you’re feeling particularly adventurous, or depending on your language level, stick the subtitles on in Spanish: that way, you can read along and listen at the same time!

While a home-stay rather than a student flat can mean living with a family, a couple of professionals  or living with only one other person, ways of breaking the ice and practicing Spanish are very similar to being with students! 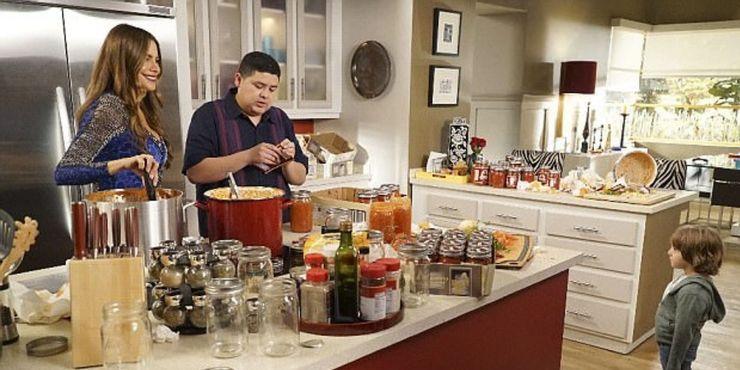 One way of combating and striking up a conversation is to offer to help with the dinner preparation or having a cup of tea or coffee together, or something like cake when you’re in the house at the same time! Most Spaniards eat dinner very late, around 9 to 10pm – so you can catch them cooking or unofficially organize to cook together and chat around then.

2. Ask them about Madrid 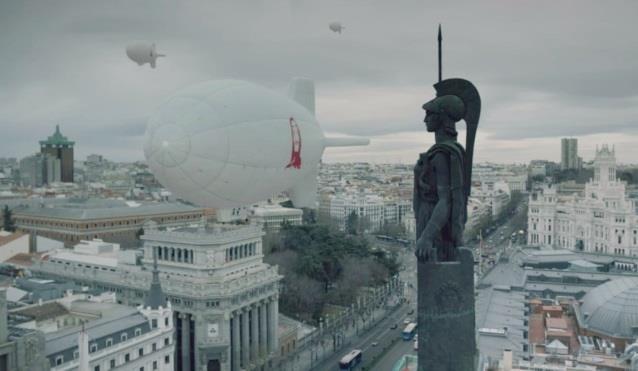 If you don’t feel comfortable asking your hosts out into town, or you simply fancy being independent and exploring Madrid yourself, ask them for tips about Madrid! Whether they recommend well-known spots like the Roof Terrace of Círculo de Bellas Artes, or hit you with the crushing blow that Casa de Papel isn’t actually filmed at the Fábrica Nacional de Moneda y Timbre, they will know which spots of Madrid are worth visiting! 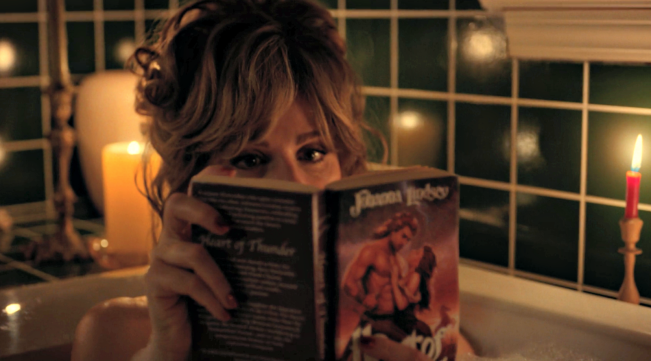 One thing I was nervous about when I first moved to Madrid was finding things to talk about with my flatmate, also my landlord. However we discovered pretty quickly that we both love books, mainly science-fiction! So we swapped books, The Time Machine for Guía Del Autoestopista Galáctico and it’s become a tradition to ask how we’re getting along with them. Ask your flat mate (s) if they would fancy a book or film-swap! Books in particular are fantastic at helping you with a language: not only can you practice reading aloud, but you are opening yourself up to new vocab, grammatical structures, conjugations and typical phrases. 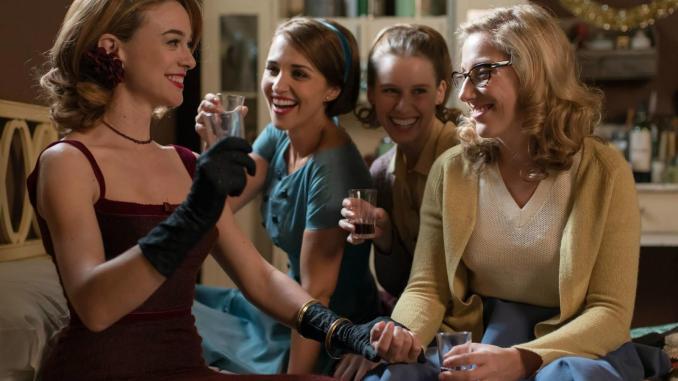 It can be an intimidating experience living with several people, but the other extreme can be just as daunting with only a couple of people or one other person! Chances are they will have their own friends over at some point, whether it is for a party, dinner or even just for a coffee – get to know them and their friends by interacting with them in these situations! This is a great opportunity for you to practice speaking Spanish in a chill setting, as well as mingle and grow your network of acquaintances and friends in Madrid. 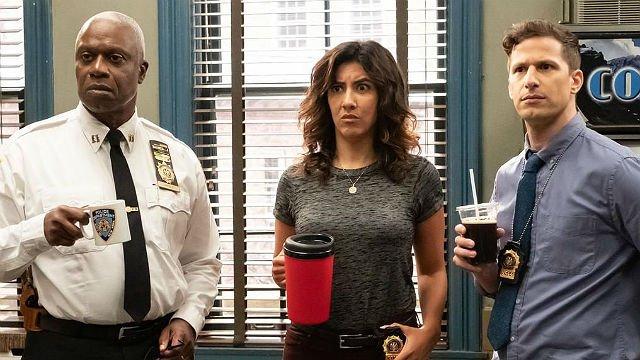 The ultimate Top Tip for practicing Spanish is not being afraid of speaking to other people, or fearing mistakes. If you’re living with an actual Spaniard, you have the huge advantage of them being able to correct your Spanish. As a perfectionist myself, it annoys me when I can’t say what I want to say in Spanish – but practice makes perfect!

If your flatmate(s) don’t speak your language, while it’s the epitome of being thrown in the deep-end, it’s the best motivation to practice your Spanish – Survival! If they do, depending on your level you could ask them to only speak to you in Spanish, unless you are extremely confused or it’s an emergency. Don’t be afraid of asking them to speak slowly, repeat or explain things either; everyone starts somewhere and even natives don’t always hear each other clearly or understand a question.