Do you want to go out at night for a drink with your friends but you don’t know where to go? In Madrid there are many bars, pubs and nightclubs where you can have a good time and meet local people. Here we tell you about some of the best known, most spectacular and with more history ones… And above all, the ones that young people from Madrid like the most! Continue reading! 😉

Undoubtedly, one of the favourite trendy clubs among young people in Madrid. Uñas Chung Lee and Medias Puri are two locals of the same company that are committed to offer more than just music and a place to have a drink. They organize events, shows, fun and transgressive performances… It consists in clandestine parties and you enter them as if you were entering a store and accessing its back room. The general admission on a normal day (without being a holiday or choosing a reserved room) is about 12 €. 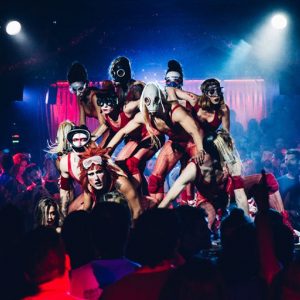 Moby Dick is a pub located near the Real Madrid Santiago Bernabeu stadium. It is well known for the concerts and monologue sessions that take place there. They usually play rock music, but you can also find some concerts of pop or indie bands who are becoming known. The price depends on the performance or evento. If there is nothing scheduled, you only pay for the drink. Check out their website to see what’s on this week!

This is one of the oldest and most historic clubs in Madrid. Have you heard of the Movida Madrileña? It was a cultural and artistic movement that emerged in the 80s and demanded greater freedom in Spain. They were young people who wanted to have fun and express themselves through film, music and the way they dressed and acted. This place still preserves the essence of that time, as it maintains the original decoration. It is located very close to Sol, in the Tribunal subway station, and the prices are not expensive. Well-known characters such as Johnny Thunders or the film director Pedro Almodóvar used to go to this pub, are you going to miss it?

Mauna Loa is a bar with Hawaiian music and aesthetics where you can have a drink with friends at night. It consists of several floors (you enter the building from the upper floor) and sometimes you can see birds flying around you inside the place. They offer a wide variety of snacks and we recommend you try their volcano! It is a drink for several people and it is quite good, it is its most typical drink there.

Kapital is one of the largest and best known nightclubs in Madrid. It is located in the center of the city, in Atocha Street, and has several floors with different musical styles each. Inside there is also a karaoke where you can sing and a roof terrace where you can relax in a chill out atmosphere. There are usually two sessions, one for young people under 18 years old (in the afternoon) and one for adults at night. If you want to go to Kapital, we recommend that you sign up in "list", because the price will be much less or even free. 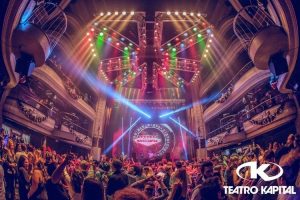 This is one of the most chic clubs in Madrid, so be careful with the clothes and shoes you wear that day because the security guards might not let you in! Like Kapital, Joy has two passes, depending on the age. Years ago it used to be used as a theater and became reformulated as a nightclub, hence its peculiar aesthetics. It has house music sessions and the latest trends in dance, funky, techno or pop-rock. When talking about price, it is similar to Kapital.

If you like electronic music, Fabrik is your club in Madrid. Known for its theme nights, it is one of the largest and most spectacular clubs in the city. It has an indoor and an outdoor area, and although it is located further from the center than the other clubs mentioned in this post (between Fuenlabrada and Moraleja de Enmedio), there are club buses which take you there from Templo de Debod (6 euros round trip). 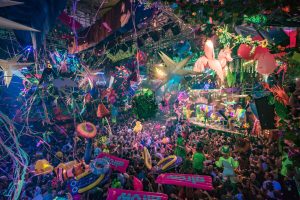 At Shoko, depending on the day of the week, there is one type of music or another. On Wednesdays it's Latin pop, on Thursdays it's funky and on Sundays it's Latin electro, and on Sundays the entrance is free until 1 am! In addition, some days they organize live concerts. Only adults are allowed to enter and the price is around 15€ with a drink on a normal day.

Independance is a very well located nightclub with varied music: from rock to pop, punk or reggaeton, all kinds of music! With a special predilection for 80's music. They organize theme parties (for example, Grease), the drinks are not very expensive and it is a good place to celebrate New Year's Eve with friends if you are in Madrid on that date. 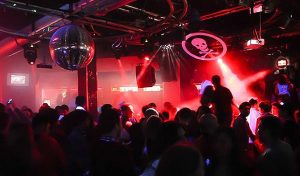 Can you think of any other? We love to hear recommendations and discover new places!